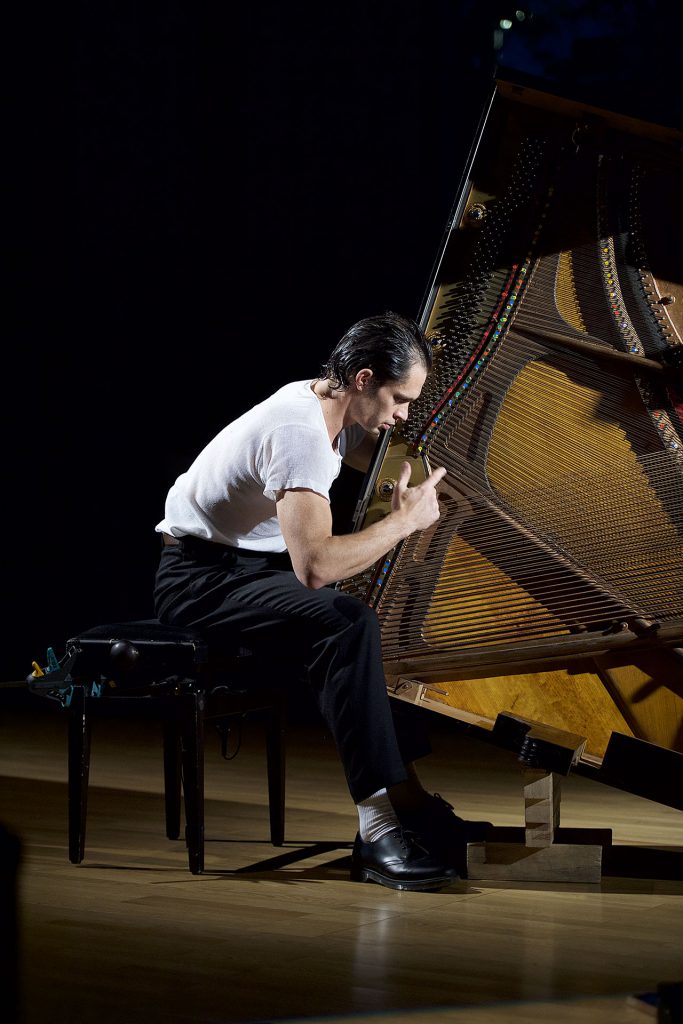 Felix’s research began with a recording that had been lost for decades, recently discovered by chance in the estate of Dadaist Richard Huelsenbeck, marked the starting point of the research. The audio captures artist Rafael Montañez Ortiz destroying a piano with an axe at the London ‘Destruction in Art Symposium’ on 10 September 1966 – a rare document of an art-historically important symposium where the art of deconstruction became visible for the first time as an international trend.

A production of Company F.M.O, supported by apap-Performing Europe 2020, cofunded by the Creative Europe Programme of the European Union and Archivo Conz. Supported by Collegium Hungaricum Berlin.